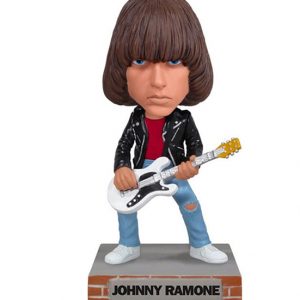 Johnny Ramone - Wacky Wobbler - Funko
Back to products
Next product 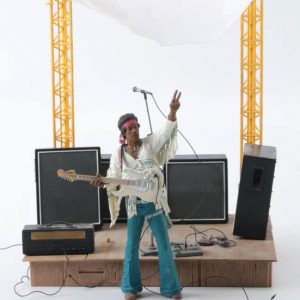 Dubbed the greatest guitarist ever, the legendary music of Jimi Hendrix has spanned time, age and culture. With multi-platinum and gold albums to his credit and the prestigious title of “Greatest Guitarist of All Time” by Rolling Stone magazine among his many musical attributes, it’s hard to dispute Jimi’s influence on rock ‘n’ roll and pop culture.

The life-like figure re-creates the persona of Jimi, dressed in his blue velvet pants and white fringed shirt, with the familiar scarf tied around his hair and another wrapped around his left leg. With his left-handed guitar strapped around his neck, the performer is leaning back from his mic stand in front of an amplifier stack. The message spoken by this rendering is made clear by the raised hand of the guitarist, giving the “peace” sign to his adoring crowd.

Includes a replica of Jimi’s six-string guitar and a custom base, memorializing Jimi’s iconic stage presence at the historical concert near Woodstock, NY, in August of 1969. The base replicates an authentic section of the wooden stage, complete with guitar effects pedals. The standard figure includes a guitar, small stage section, one amp stack, mic, mic stand and guitar effects pedals. 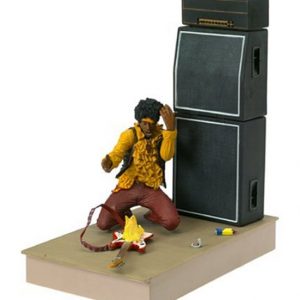 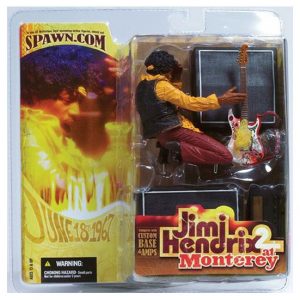 Our second crack at the American guitar legend Jimi Hendrix. Titled Jimi Hendrix 2 at Monterey, this shockingly detailed figure re-creates one of rock music's most lasting images: Hendrix coaxing flames from his guitar on stage at the Monterey Pop Festival in 1967.
Add to wishlist
Quick View 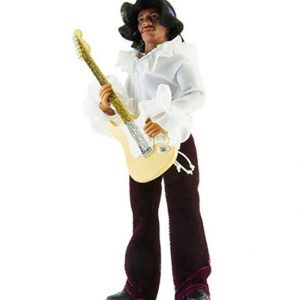 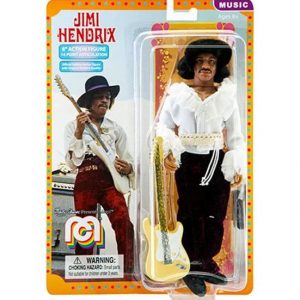 Even someone with just a passing interest in rock music knows that Jimi Hendrix is one of the most celebrated and influential guitarists in history. This figure represents his seminal performance at the legendary Monterey Pop Festival in 1967, the iconic performance where Hendrix and his Stratocaster dramatically announced the arrival of the new Aquarian age of peace, love, and spiritual aspiration, while liberating rock 'n' roll guitar once and for all! The Jimi Hendrix Mego 8-Inch Retro Action Figure includes 14 points of articulation and real cloth clothing. It measures about 8-inches tall and comes packaged in a blister card.
Add to wishlist
Quick View 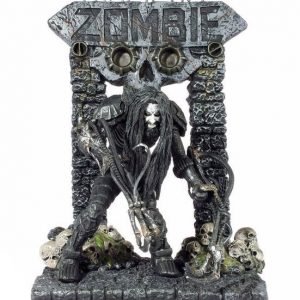 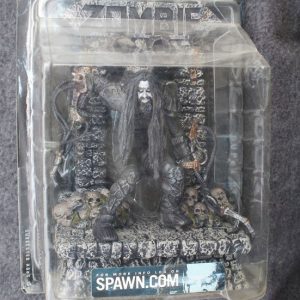 Hey-yeah, it’s the one that you wanted. Rob Zombie is at the forefront of the new metal movement. After fronting the band White Zombie for years, Zombie’s much-anticipated 1998 solo effort, “Hellbilly Deluxe,” yielded several hits (“Superbeast,” “Dragula,” “Living Dead Girl”) and his constant touring set him atop the heavy metal heap. And, look at him: He’s a total walking action figure just waiting to happen.
Add to wishlist
Quick View 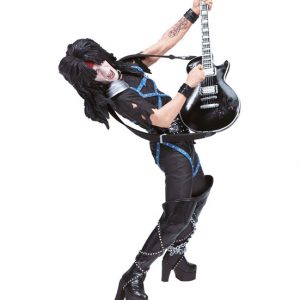 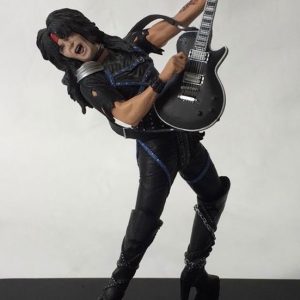 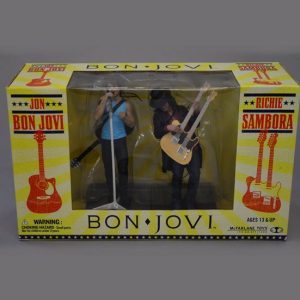 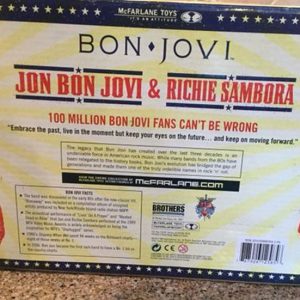 The legacy that Bon Jovi has created over the last three decades is an undeniable force in American rock music. While many bands from the 80s have been relegated to the history books, Bon Jovi's evolution has bridged the gap of generations and made them one of the truly indelible names in rock 'n' roll.
Add to wishlist
Quick View 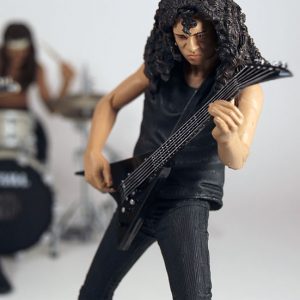 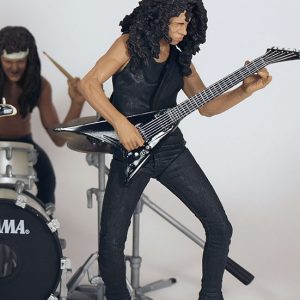 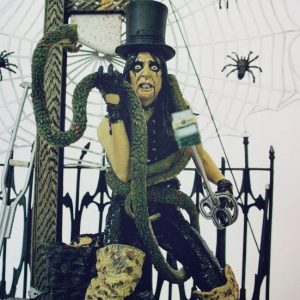 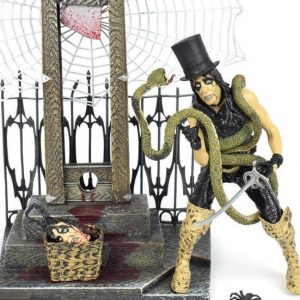 Long before the ghoulish antics of Marilyn Manson, Rob Zombie, and Ozzy gave parents something to worry about, the shrewd
Add to wishlist
Quick View 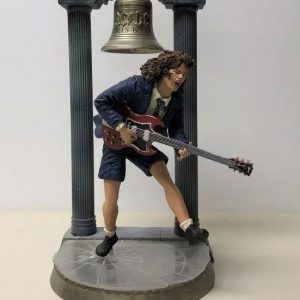 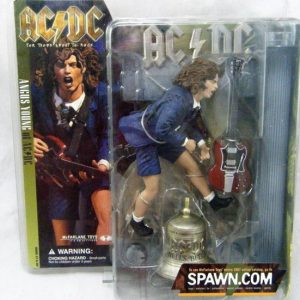 Angus is dressed in his classic schoolboy outfit (shorts, jacket, white shirt and tie) and, of course, comes with his
Add to wishlist
Quick View
close