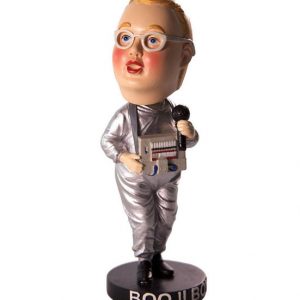 Devo - Booji Boy - Aggronautix
Back to products
Next product 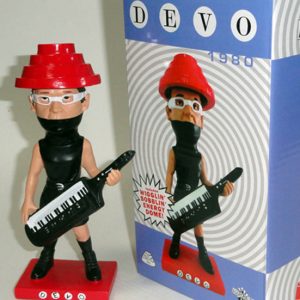 Captain Sensible, member of The Damned and punk rock hero for nearly 40 years, has been immortalized via Throbblehead. This figure capturing Cap’s signature look is limited to 1000 numbered units, stands at 7 inches tall, and is made of space-age polyresin.

Let the good captain tell you to “sod off” on a daily basis as he gives you the ole two finger salute. He’s accurately sculpted right down to the beret, seething sneer, and leopard-print pants.

Coming later this year is the first ever documentary on The Damned, the long-ignored pioneers of punk and the first of the UK punk bands to release a single and an album and the first to tour America. Directed and produced by Wes Orshoski (“Lemmy”), this authorized film includes appearances from Chrissie Hynde, Mick Jones, Lemmy and members of Pink Floyd, Black Flag, Guns N Roses, the Sex Pistols, Blondie, the Buzzcocks, and more. Shot around the world over the past three years, it tells the story of the band’s complex history, as it celebrated its 35th anniversary and found its estranged former members striking out on their own anniversary tour, while still others battle cancer. The film gets up close and personal with Damned founders Rat Scabies, Dave Vanian, Captain Sensible, and Brian James as it tells the story of one of the most criminally ignored acts in music history. 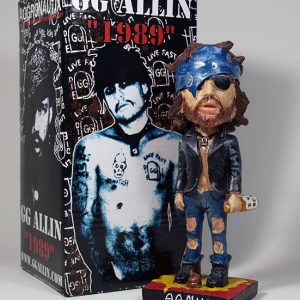 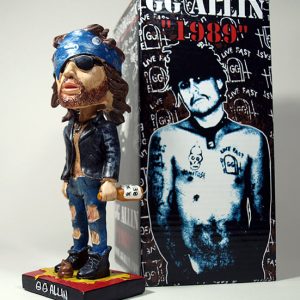 This figure of GG portraying his 1989 look is limited to 2000 numbered units, stands at 7 inches tall, and is made of polyresin. GG is accurately sculpted right down to his signature bandana, sunglasses, torn clothes, and tattered leather jacket.
Add to wishlist
Quick View 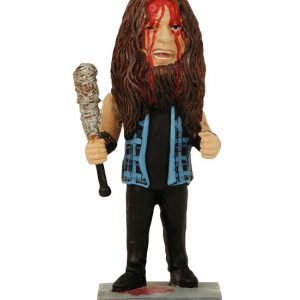 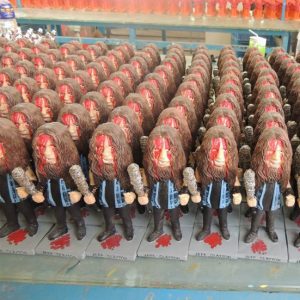 This figure capturing Jeff in Destructo mode is limited to 500 numbered units, stands at 7 inches tall, and is made of polyresin. While it's labeled a Throbblehead, it's actually Jeff's arm that does all the movement, punishing everything in sight with his signature barbed-wire bat.
Add to wishlist
Quick View 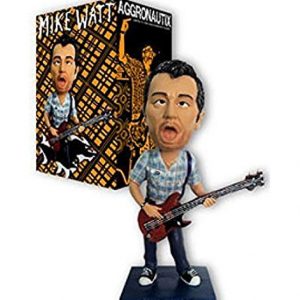 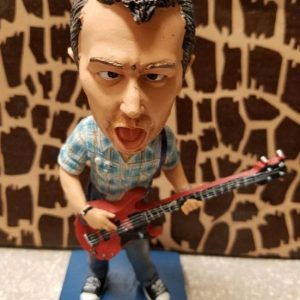 Mike Watt, bass player and co-founder of the legendary Minutemen (along with D.Boon) and current member of The Stooges, is
Add to wishlist
Quick View 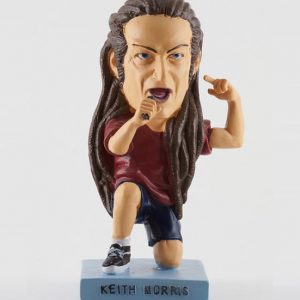 Keith Morris, legendary frontman of Black Flag, The Circle Jerks and now Off!, has been throbble-ized! This figure capturing Keith
Add to wishlist
Quick View 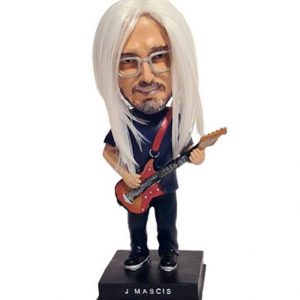 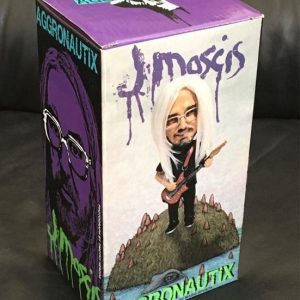 J Mascis, founder of Dinosaur Jr. and creator of some of the modern rock era’s most signature chops, has joined
Add to wishlist
Quick View 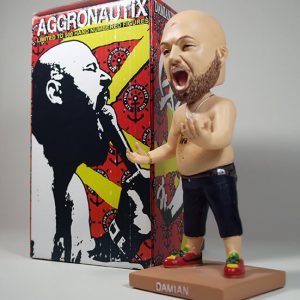 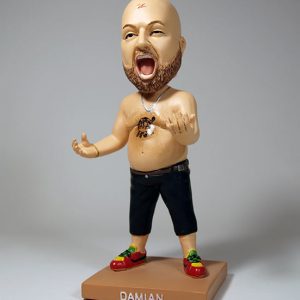 Damian, the outrageous leader of Toronto’s Fucked Up, is now available as a Throbblehead. This figure of Damian in “freak
Add to wishlist
Quick View 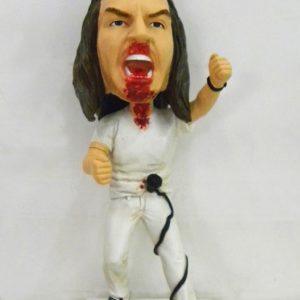 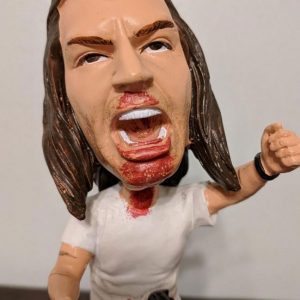 Andrew W.K., the king of party music, needed some sweet merch for the Warped Tour, so Aggronautix created this Throbblehead.
Add to wishlist
Quick View 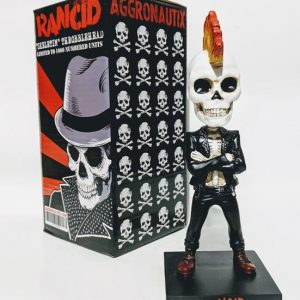 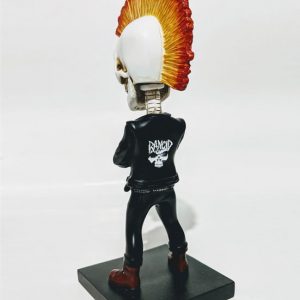 RANCID’s “Skeletim” mascot has been transformed into a Throbblehead. This figure is limited to just 1000 hand-numbered units, stands at
Add to wishlist
Quick View
close