NECA have announced this wonderful Megadeth figure titled “Peace Sells… but Who’s Buying”. The figure is designed around Vic Rattlehead, the bands mascot, and this version is from the 1986 album cover of the same name.

The action figure will be in the 8 inch “retro” format with an articulated body, sculpted head and soft good tailored clothing. He will be packed with a For Sale sign accessory. The figure is due for release in the 2nd quarter of 2019 (April – June) and will arrive in a window box which will also feature artwork from the album.

This 8″ tall action figure celebrates Vic Rattlehead, the mascot of legendary metal band #Megadeth! Straight from his appearance on the cover of Peace Sells… But Who’s Buying?, Vic is dressed in fabric clothing and includes a “For Sale” sign accessory.

Comes in window box packaging featuring artwork from the 1986 album.”

MUSIC FIGURE ADDICTS will be posting a review video of this figure once it releases. 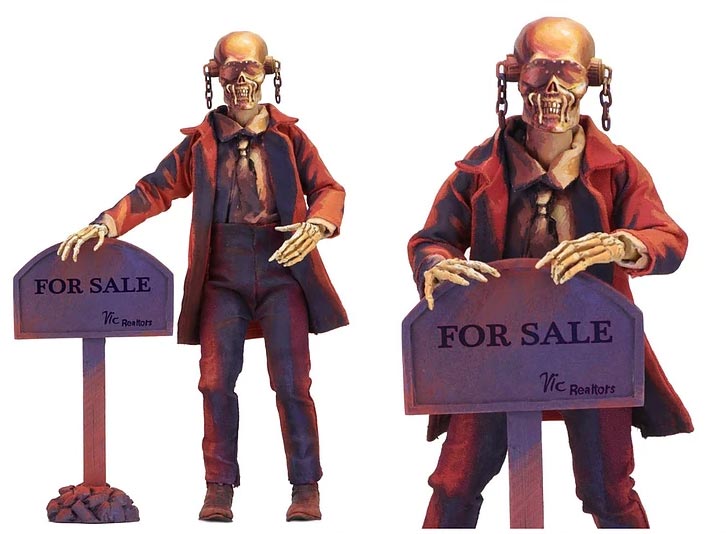